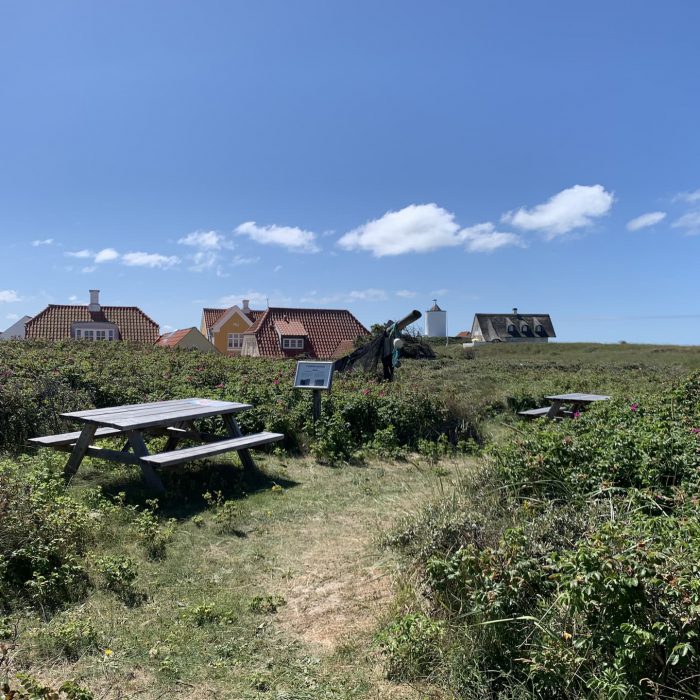 Tjærepladsen located at the end of Rolighedsvej, is one of the landmarks around fishing, together with, among other things, The rescue house, which was also once on Rolighedsvej and even later on Sdr. Strandvej Tarring of the yarns took place on the site and these were hung to dry on the posts. Later, in the small living rooms, they put “bait on the hook”, i.e. bait, in order to catch the delicious fish that the North Sea has to offer. It could be fish such as flounder, cod, mackerel and plaice.

If you look out over the sea from Tjærepladsen, you can see the remains of an old Danish sloop that transported goods between Norway and Løkken. It is thought that there have been up to 10,000 shipwrecks and maritime accidents on the coasts of Northern Jutland.

The tar field has changed a lot over time. Previously, there was a direct departure to the sea from the lifeguard house. But over the years, the wind has built up the sand into large cliffs and the rose hip has taken it all over.

Watch the video about The Tar Field here

Ane Brügger was born near Herning on 21 September 1908. She died in 1995. Her tombstone is now at Frederiksberg Cemetery. Ane Brügger received drawing lessons from Gerda Wichmann and received several art grants. But was otherwise self-taught.

Ane Brügger lived in her Løkken period on Norgesvej. Her works were inspired by what she saw in Løkken. Whether it was houses, people or idyllic scenarios. She was prolific and used all materials, but especially worked with chalk, water colors and oil on canvas. She tried her hand at clinker and various recycled materials, and made a lot of ceramics and sculptures. In Løkken, you will find a relief at Vrenstedvej 6.

Ane Brügger often used strong pastel colors in simple figurative motifs in her pastel or oil paintings. She described that she could only paint when she was in Vendsyssel, as this was where she felt the inspiration. 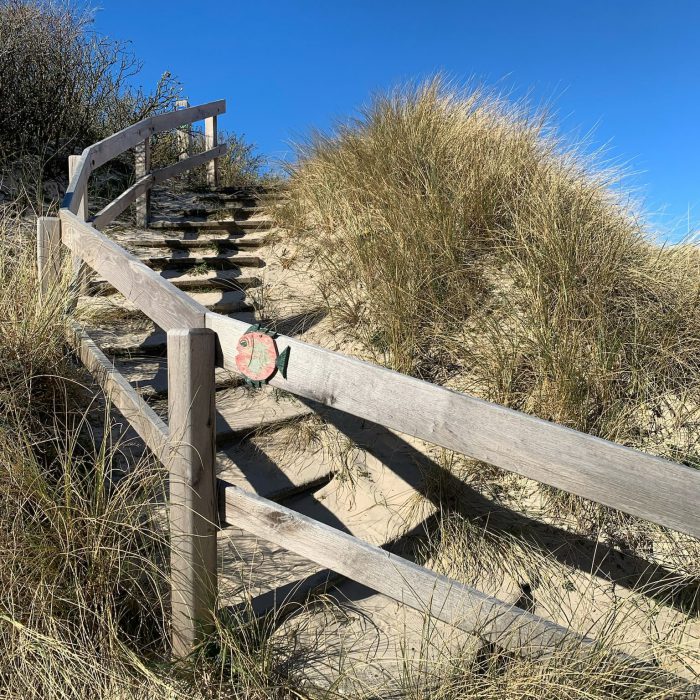 Art in the area around Tjærepladsen

Lise Vestergaard has created the work called “An Apple a day” inspired by World Goal No. 3.

Zita Svendsen and Vibeke Haagensen have decorated a cover with the sea as a motif.

The entire Tjærepladsen is decorated with fishing gear sponsored by Bent Frøstrup, who comes from an old fishing family. In the area there are signs, stones and ceramic fish.

It is also worth stopping by Løkken Redningshus, where there is an exhibition about coastal fishing and rescue services in the 20th century. 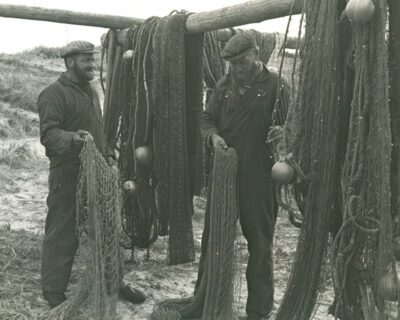 Tjærepladsen is one of the landmarks around fishing – and has been the workplace for the fishermen.
Photographer: Poul Kjær. 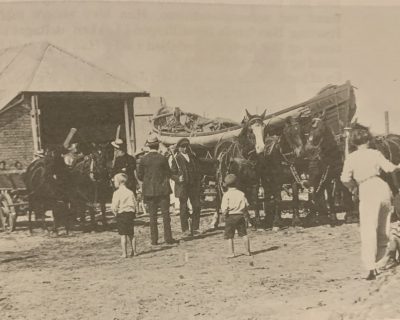 Redningshuset  has been on Rolighedsvej with a direct descent to the sea before it was on Sdr. Strandvej For the past several years, it has been located at the end of Nordre Strandvej and has recently been renovated after severe stormy weather. 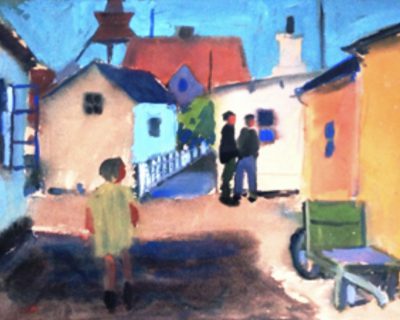 Ane Brügger was very productive and painted on many materials. She was fond of colors. Here you can see a motif from under the Seamark. 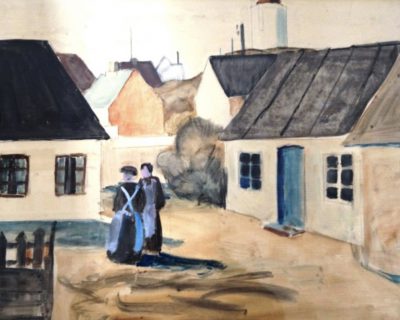 Old painting of the city – of what is today the entrance to Erik Larsens Sti (opposite Tjærepladsen by the stairs on Nordre Strandvej). 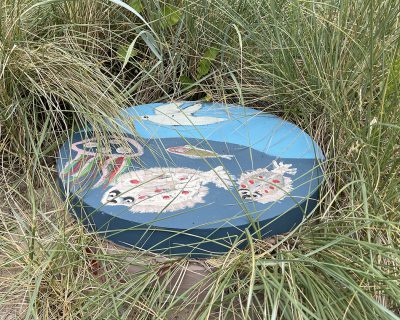 Zita Svendsen and Vibeke Haagensen have decorated a cover with adventures from the sea. 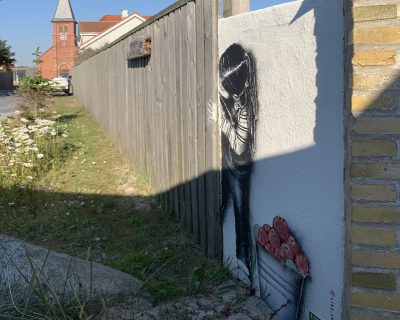 Ane Brüggers Sti is a small passageway to Nordre Strandvej. However, the route does not go down this path. But here you can see a sign for the path and one of Lise Vestergaard’s works, which is inspired by the 17 World Goals.