The signal mast is one of the oldest landmarks in Løkken, and was built in 1884. It is part of the entire danger signal station, which also consists of the signal cannon and a tool shed. There have been 3 pier designs in Løkken. Løkken Læmole was built in 1927-1931 and rebuilt in the 1950s, and its primary function is to provide shelter for the fishermen who pull the boats up onto the beach. In 2015, the pier was inaugurated again after a large piece of renovation work.

Fishing from Løkken has thus always taken place from the open beach. Landing the catch could be difficult, and could change while the fishermen were at sea. The tall mast; the signal mast was then used to signal to the fishermen by hanging up baskets.
1 basket meant “come home”.
2 baskets called the crew to the lifeboats.
3 curves meant that the lifeboat was in the water and thus that help was on its way.
In fog and poor visibility, you could instead use the signal cannon to signal to the fishermen. The cannon was cast in 1868, and was looked after by a cannon keeper until 1973.

Watch the video about Faresignalstationen here 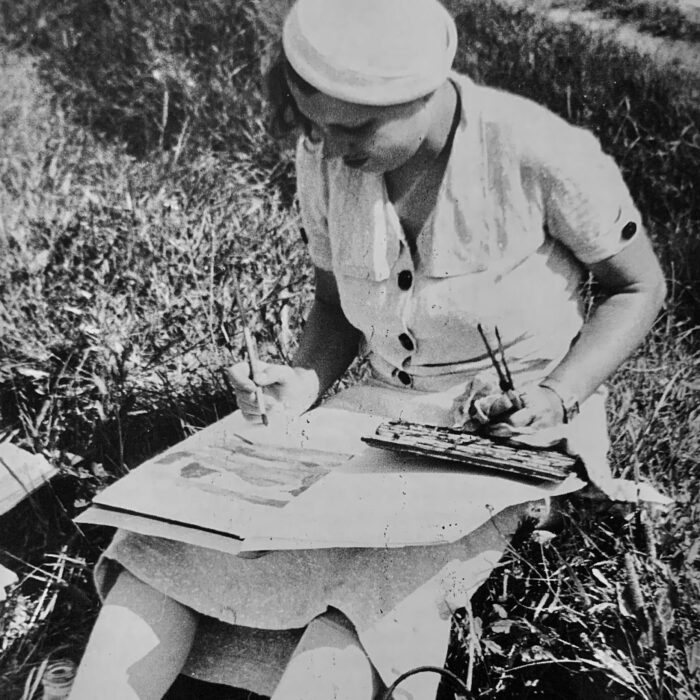 Tjek Jerne was born in Asch on 26 September 1910 and was christened Ilse Elisabeth Ernestine Wahl. She grew up in Germany. Already at a very young age, she was in a sanatorium as her lungs were weak. Here she drew, and felt like developing it more, and was advised to go to Copenhagen, where she was admitted to the Academy’s painting school. It was here that she got the name Tjek, when she told that she was from Czechoslovakia.

Later approx. In 1938 she came to Løkken. She was then married and had a 2-year-old son. She lived in a house on Anton Bast vej and moved to Copenhagen during the war, and was very successful with her exhibitions. Tjek Jerne was considered a bright talent. As fate would have it, the marriage later creaks and she chooses to die by her own hand in 1945.

Tjek Jerne used marker and douche colors in simple strokes. The motifs were often people and flowers in still images – as well as the seaside life and landmarks in Løkken. 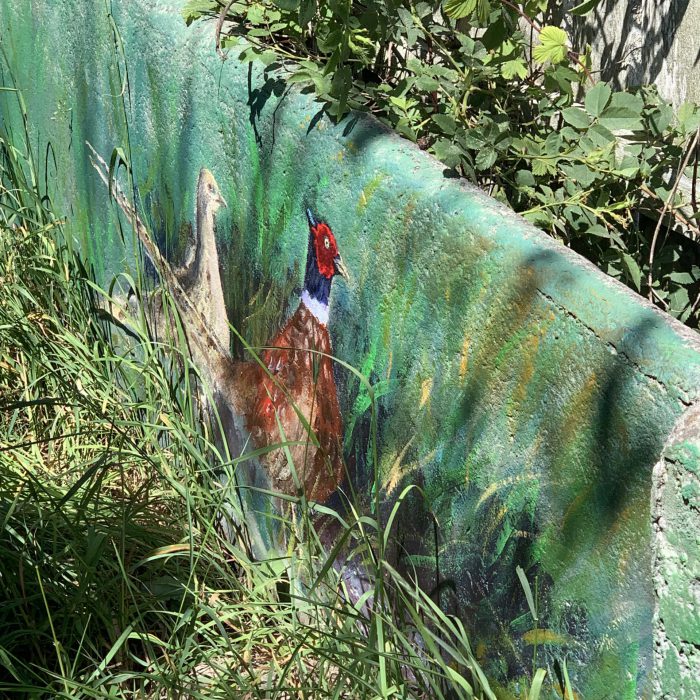 Below the Signal mast you will find the newly renovated art pavilion. This has for many years functioned as an exhibition venue. Here you can see changing exhibitions throughout the year. In the area you will find ceramics by Trine Reinfjell, Siw Langeland.

On Tjek Jernes Sti, John Kristensen has made a couple of pheasants in the green, lurking on a small wall.

Britta Kornum has made signs for Tjek Jernes sti and you will finally find ceramics from Trine Reinfjell and Lone Skovbo Frederiksen and others in the area. 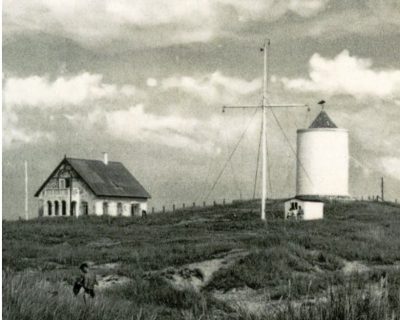 The danger signal station covers both the signal cannon, the signal mast and the pier bed. The mast, like the Seamark, has been moved. Here the location is clearly seen in front of the water tower. Where it is now drawn all the way to Sdr. Strandvej. 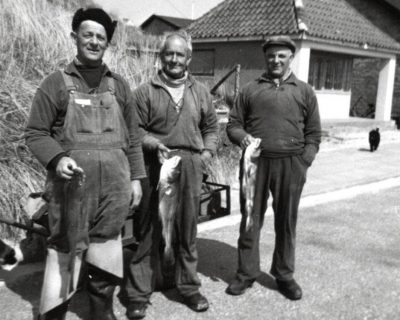 Three happy fishermen show their catch in front of the Art Pavilion on Sdr. Strandvej It is from the left Poul Erik Jensen, Peter Anton Jensen and on the right Christian Severin Frøstrup. 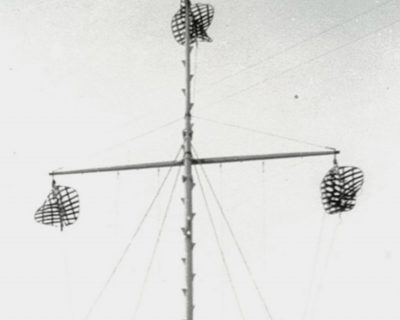 Baskets hanging from the signal mast to signal to fishermen on the open sea.
1 basket meant “come home”.
2 baskets called the crew to the lifeboats.
3 curves meant that the lifeboat was in the water and thus that help was on its way. 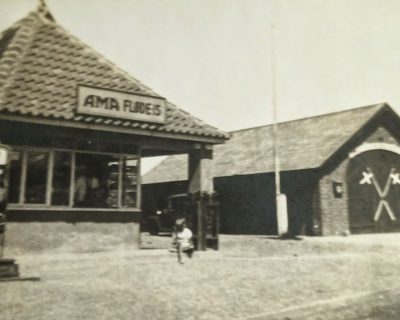 Old photo of the Art Pavilion next to the Rescue House when they were located on Sdr. Strandvej The art pavilion was originally an ice house as can be seen in this photo. 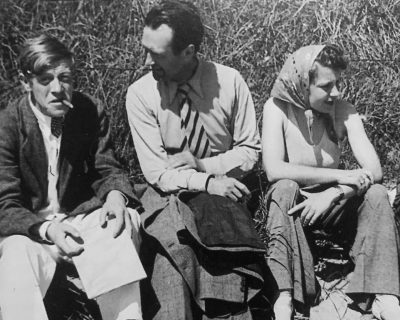 Tjek Jerne was called “artist” and considered very skilled by the other artists. Here she is seen farthest to the right, sitting with Erik Larsen and Lars Nielsen. 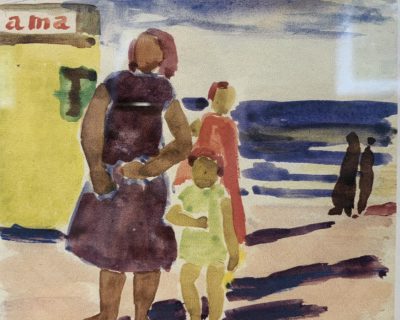 Tjek Jerne painted very airy pictures from the seaside life, like here with an ice house.